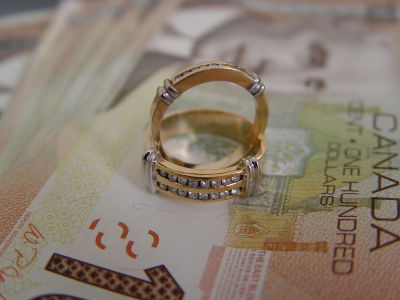 It’s not about the money

So, the relationship is over except for the financial stuff. This is where things can become very difficult so think carefully before taking any action.

During a relationship, I recommend that each party retain copies of financial records, bank statements, insurance plans, tax returns, any investments, and other money “stuff”.

The way you and your partner handle this part of your life speaks volumes about your character. It will have a lasting effect on each of you, your children, and it may affect your credit rating for years to come.

Work out the anger in counselling or therapy – not in a lawyer’s office and not using “retail therapy” don’t go shopping and rack up the debts.

Work together to figure out child support payments. If you are too angry or hurt you may want to contact a family mediator. If one of you is required to make child support payments, make them on time – this money is to help your children “continue with life” not to purchase “stuff” for your ex.

A little personal advice for both of you – take the high ground on this. No matter what has happened do not set out on a search and destroy mission.

This might be easier said than done but believe me, it can be done. Don’t make your kids suffer, no matter what your ex has done your children love both of you. Now, it is up to each of you to set the standards.

Generally speaking, you and your spouse will still be held responsible for any and all debts incurred during the marriage. In other words, the monthly credit card statements will continue to arrive even after the separation. However, to avoid future problems, it is a good idea to close all joint credit accounts upon agreement to formally separate.

If you have a joint bank account – close the account and each open a new one in your own name. In writing cancel your credit cards for future purchases and let each creditor know that you have separated and that you will not be responsible for any further purchases made on the account.

Request the creditor open a new credit account in your own name. If you do not have any credit in your own name now is the time to try and establish this (before would have been better). However, you may not qualify as your income has now been reduced and until the current debts have been paid your creditor may not agree to extend you further credit.

If there is a balance owing you may not be able to remove the other cardholder from the account but let the creditor know the situation. Every creditor has an internal procedure that must be followed.

Who pays for what

If your creditors agree to move the balances to new accounts read each document thoroughly and fully understand your financial obligation before you sign on the dotted line. Debts do not transfer by virtue of marriage. If you have not signed for the debt there is a good chance it is not your debt and you may not have to pay for it. Always seek independent advice on this matter before you sign and agree to anything.

Sometimes couples will agree to split up the bills. Before you do this make sure that your creditors agree. Even if you think it is a good idea your creditors may not. If the creditor does agree then have the creditor send you a letter detailing the agreement. Never assume anything, get it in writing.

Michael and Lisa had been married for 10 years before they divorced. During that time, Lisa frequently ran up their credit cards to the limit and had trouble staying out of the overdraft in their joint bank account. When they reached the final settlement hearing, Michael was greatly relieved when the court-ordered Lisa solely responsible for paying the $10,000 in credit card debts she had accumulated during their marriage. The settlement was included in the final divorce judgment, which made Michael feel safe.

After the divorce, however, Lisa didn’t pay off the credit cards, and creditors began hounding Michael for the money. Michael ended up footing the bills, because a divorce settlement assigning debts, even ones included in a divorce judgment, cannot change a couple’s original joint obligation to their creditors.

Had Michael raised the issue before their settlement was finalized, he possibly could have demanded more property in exchange for paying Lisa’s debts or insisted that they sell some jointly held property to pay off their creditors. Or Michael and Lisa could have had a prenuptial agreement. Speak to a lawyer about this.

Some of our clients have told me their matrimonial lawyer said it would be okay to split the debts – only to find out later that the creditor who holds the contracts never agreed to it. So the client has ended up having to pay the bill or even worse it has affected their credit rating for years to come through no fault of their own.