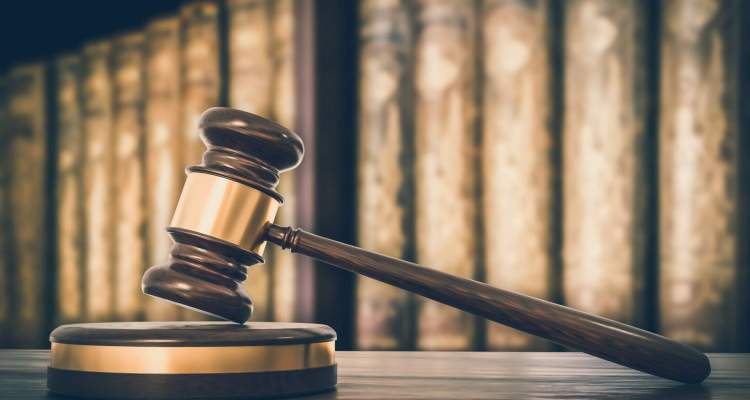 You’ve heard about debtors’ prisons, right? They were made somewhat famous by Charles Dickens in the 1800s through fictional characters and events. His father had been imprisoned for debt. His family suffered great shame and austerity. As society progressed out of the harsh middle ages eliminating debtors’ prisons became an essential part of a civilized society and disappeared by the 20th Century in most modernized countries.

The appearance of bankruptcy legislation assisted in providing an end to a creditor’s contractual obligation to collect debts, even if the debtor had no means to repay. As well, it became very expensive to house a growing population of debtors in prisons.

Through a number of 20th Century events such as the invention of the Model T Ford, labeled the first affordable automobile that also opened up access to the middle class through car financing; the Great Depression in the 1930s, the era of consumerism in the 1950s, and 60s that paved the way for consumer lending, retail credit cards and eventually the information age of automated banking, universal debit and credit cards, it became necessary for governments to regulate debt collection practices – set some reasonable rules regarding the hitherto harsh and aggressive methods used to collect debts.

Like, for example, threatening to break your legs if you did not pay the debt, yelling and shouting at the top of their lungs at the debtor, humiliating them, laughing at them, belittling them, threatening to put them in jail or garnishee all of their wages – threatening to sue and take away all of the debtor’s family possessions, furniture, car –  or showing up at the debtor’s doorstep at 10 pm at night demanding payment; or stick some evidence of the debt in the front window of their retail store like an NSF cheque; or publicly shaming people into paying the debt by telling their neighbours the debtor is a terrible person, a deadbeat, because they didn’t pay their debts, and of course, collecting on debts that were not owing.

The loss of a person’s credit rating would become much more than an idle threat as our dependency upon credit deepened in the 1980s, 1990s and right up to the $517 billion we owe in consumer credit (excluding mortgages) in 2014 in Canada. Hence, rules around credit reporting were also developed such as the right to correct misinformation, the right to see your credit file, the right to dispute debts, and for Credit Bureaus not to report on debts that are not owing.

Creating a limitation period i.e. for governments to set a reasonable period of time for a creditor to pursue a debtor became an integral part of debt collection regulation in the 20th Century in Canada.

What is a limitation period?

On the Wikipedia website (I have added the brackets) it is noted that the purpose and effect of Statutes of Limitation are to protect defendants (debtors). There are three reasons that support the existence of Statutes of Limitation, namely: (a) that a plaintiff (the creditor) with good causes of actions should pursue them with reasonable diligence; (b) that a defendant (the debtor) might have lost evidence to disprove a stale claim; and (c) that long-dormant claims have more cruelty than justice in them (Halsbury’s Laws of England, 4th edition).

Douglas P. Welbanks, the former Director of Debt Collection in British Columbia commented, “As a regulator of debt collection practices in the 1990s, I found the provision in the previous Debt Collection Act that prohibited the collection of a debt that was not owing, particularly insightful. It allowed debtors (usually the poor and often the vulnerable) to go somewhere else besides a court to dispute a debt. If you didn’t have that legislative provision, the debtor would either just have to suffer endless verbal or written forms of harassment or take the creditor to a court or force the creditor to prove the liability. This was an expensive way for debtors to enforce their right not to be harassed by creditors and collection agencies. And, in most cases, they couldn’t afford to sue anyone, especially a federally chartered bank or a national collection agency. And, in many cases, they would either try to pay the statute-barred or otherwise unlawful debt to stop the harassment or try to pay to clear up their R9 credit rating.

“Statute of limitation arguments were often complex, confusing, or subject to abuse by collectors. First of all the date that the debt first became owing would not be absolutely clear. Student loans were one example as the question came up repeatedly, did the student loan debtor owe the money at the time they entered school and signed a loan agreement, or did the debt only become a debt after they ceased to be a full or part-time student, or was it after the grace period, usually 6 months after you graduated, or was it 6 years (at the time the Statute of Limitations in BC was 6 years) after you made your last payment or acknowledged that the debt was owing. And so on.

“Still the limitation period set boundaries for debtors and creditors. From my 30 years of experience with consumer credit, debtors, creditors, and collection agents, I found 6 years to be reasonable as car loans at the time were frequently 5 years in duration. Anything longer would fall into the category of the above citation, “that long-dormant claims have more cruelty than justice in them.”

“Recently, in British Columbia, the limitations legislation was amended. What was given with one hand of parliament may have been taken away with the other. The limitation period was reduced to 2 years but the word “extinguished” was removed from the legislation. This has prompted a quick response from collection agencies that are currently arguing with the debt collection regulators that, by removing the word extinguished, the debt is still owing after the 2 year limitation period. Therefore, they can continue to collect the debt although they can no longer sue the debtor in a court of law.

“This raises many troubling questions, the first of which reverts back to what is the purpose of a limitation period? I submit that the only sensible purpose is to (amongst other things) set a boundary for the collection of debts. If the legislation does not fulfill this basic precept and its evolution from debtors’ prisons to the present time, then it fails to set any meaningful boundaries and in many respects creates what could be best described as a debtor’s hell – where the government has endowed a debt with eternal life unless paid. And, I don’t believe the government intended to do this, but it may become a dream come true for collection agencies and creditors if not clarified.

“It seems to me the best way to address this oversight is to fix the mistake. Insert the word extinguished back into the limitations legislation. Remove the ambiguity and restore the intention of a limitations law – to set reasonable boundaries for debtors and creditors.