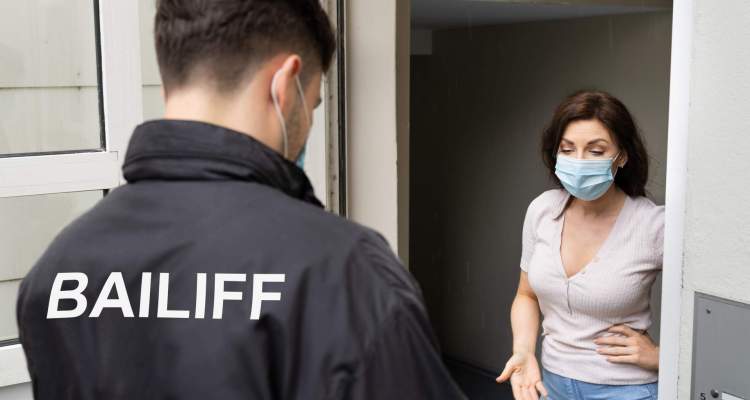 When I first looked at the new law being proposed in BC about money judgments I almost cried. It’s terrifying to see how many bad things can happen to people if they should have serious debt problems. They even use the word execution.

Money judgments are the second last step in the collection of debts before the final solution for an impossible debt problem, bankruptcy. Creditors must go to court, first, to get what is known as a judgment so they can begin to take property away from the debtor like seize assets or garnishee wages or both.

Some frightened but well-intentioned debtors will actually show up at the court to defend themselves. They believe the court should hear about their issues and plans to repay the plaintiff’s creditor when their finances improve. They plea before the judge that they are not bad people. They assure the court that they will pay when they have the money when they have the financial ability to pay. And, after the court renders judgment in favour of the creditor, the judge typically explains that the debtor’s good intentions or past history as a good customer are not in question. All the judge can rule on is whether or not the money is owing and/or if the contract for the debt has been breached in some way, like missing a payment or two.

That is the depth and extent of the court’s decision-making. Under these circumstances, the judge or the court cannot refuse to give a money judgment to the creditor. The debtor(s) lose(s) because the issue of their integrity falls outside the bounds of the creditor’s pursuit of a judgment. The irony is this. In most cases, the debtor missed their payments because they didn’t have any money.

Many debtors thought they had a good and honourable reason to ‘default’ in their creditor payments. They are surprised and disappointed that everything boiled down to just one thing – missing the payments and did not include their previous history as a good customer before the job loss or health issue or whatever drove the family into default. None of this mattered to the court.

For many people, this is the worst time and the worst outcome of the court action. A judgment really means giving the green light to bailiffs and creditors to seize assets and bank accounts.

I recall when Small Claims courts in the 1970s were called the people’s court. This court opened an inexpensive door to individuals caught in the emotional turmoil of being wronged in some monetary way. They could get their disputes resolved at a reasonable cost by a neutral and independent third party – a judge.

Unfortunately, the credit industry found the Small Claims Court to be a great ally in the collection of debts. Financial institutions and collection agencies routinely utilized Small Claims court to not just get a money judgment but a default money judgment, better known as simply, a default judgment. At the time, if the debtor did not respond in something like 14 days – and most debtors would not go to court – the creditor automatically received a default judgment. They would then, for example, garnishee the debtor’s wages which would tell the debtor (kind of late in the day) what the true meaning of what a creditor could do to them with a money judgment.

By the way, people would not go to court for many reasons.

Some creditors only wanted default judgements. They really didn’t want to spend the money to send a representative down to the courthouse and argue the case. What they wanted was a fast cheap and easy default money judgment to get at the debtor’s assets.  Many creditors or their agents would abandon the court action if any debtor filed a defense.

Over time, it seems to me that Small Claims court has lost its original purpose and has become a money judgment dispensing machine whereupon creditors insert the necessary dues and fees at the top and the court ejects an automatic default judgment in favour of the creditor at the bottom.

The 2-year statute of limitations has put incredible strain on the court system because now the creditor has little choice but to sue to protect their liability from being wiped out. Increased litigation from all walks of life has resulted– from strata councils – doctors’ bills – dentist bills – utility bills – and a long long list of commercial creditors that do not want to let the debtor go free in just two years.

I think there should be a court for a judgment of the integrity and past history of the debtor – to examine the circumstances giving rise to the default in the contract for debt and withhold the issuance of an asset-grabbing money judgment against those debtors who have not abused the credit system. The honest debtors who merely struggle with an inability to pay their creditors – and not the intention to pay – should be referred to provincially licensed credit counsellors and federally licensed trustees in bankruptcy for help and advice. Perhaps they could respond to the court with a report within 90 days outlining the appropriate solution or recommended course of action to the debt problem.

Some cases truly need court intervention to referee a valid dispute between a debtor and a creditor ending in a well-reasoned judgment by an independent third party like a judge. Often these kinds of disputes involve the question of whether or not the debt is actually owing, or how much is owing, or if default in the contract has occurred.

Debtors who have abused the credit system or have little intention of honouring their contracts should receive a well-reasoned decision and a “writ of execution” in the form of garnishees or the seizure of (exigible) assets being granted to the creditor.

That is the missing link in today’s debt collection process – separating honest but otherwise overburdened debtors from the dishonest and vexatious debtors who cause the most trouble.

More on this and the new proposed Money Judgments legislation.